Hey, hey! So what’s so cool about pi? Probably an infinite number of things! Here I want to give you a few fun facts about pi that aren’t directly related to geometry and circles.

One of the first recorded uses of the Monte Carlo method (before it was even called that!) in a geoemetric setting is now known as “Buffon’s Needle Problem”. Take a rectangular surface with evenly spaced stripes and throw a bunch of needles on it at random. The needles ought to be a specific size. Do this with enough needles and you can approximate \(\pi\)! Here’s one sample: 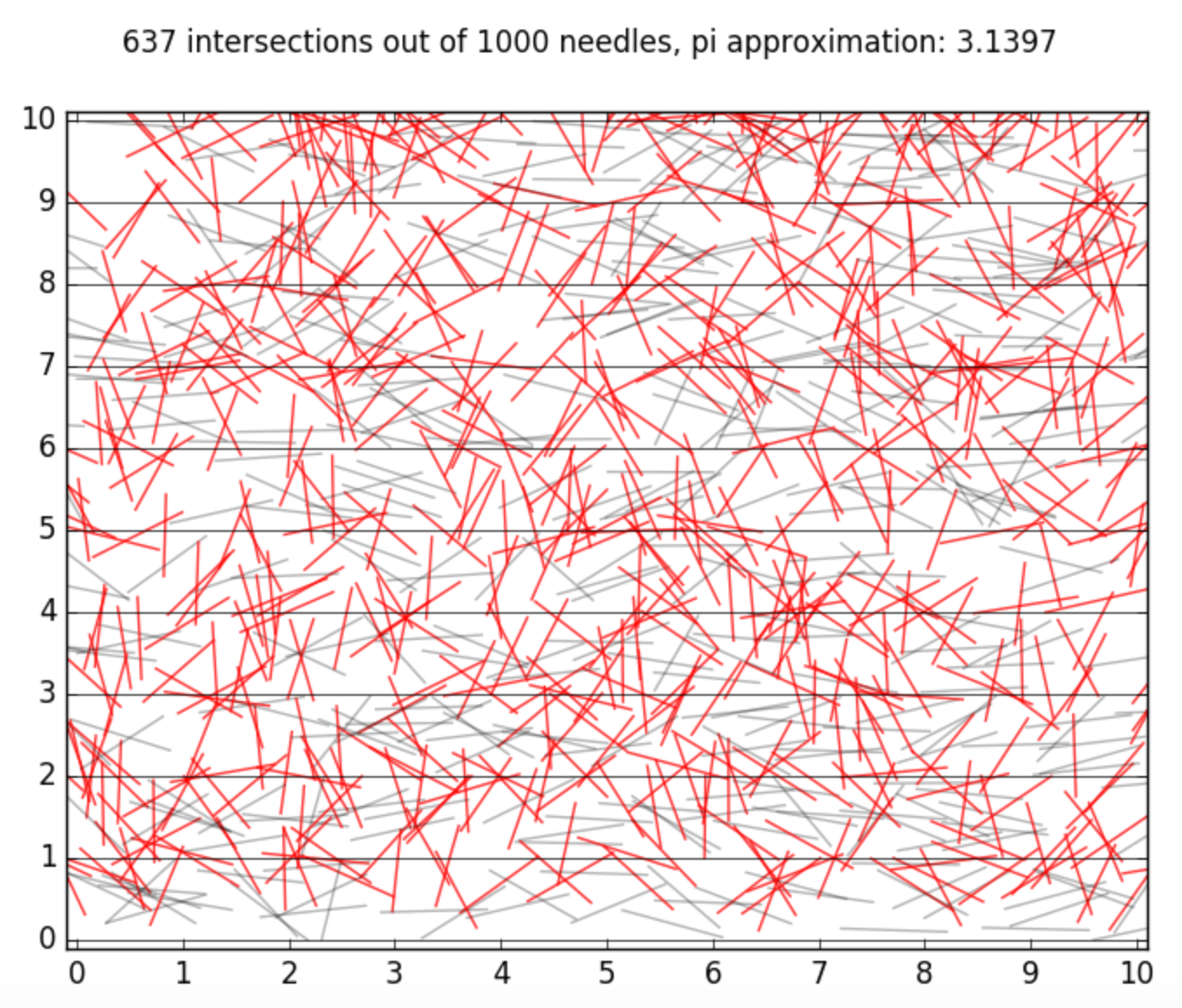 For further reading, check out: Buffon.

#2 The “Most Beautiful Equation”

If you want to read about the research, check out this paper.

Well, we’ve got Euler’s identity, but there are some cool looking infinite series that add up a quantity involving \(\pi\). Here is one particular one that is often a standard problem to prove in a Fourier series course or by use of Parseval’s theorem (or a bunch of other ways).

#4 Actually, my version of beauty

Guess who is credited with this \(\pi\)-prime sequence? Yours truly!

David Radcliffe finds this beautiful (probably) prime number using only the digits 3, 1, and 4!

Scavenger hunt question for you! Reading left to right only, how many “314” sequences can you find?