Whether you’re teaching AP Stats or an introductory or senior level probability course for undergrads, you’ll know that students have a difficult time getting their minds wrapped around arithmetic for probability distributions. Here’s a simple example from the world of continuous probability.

Let \(X, Y\) be iid normal with mean zero and variance 1. Now we’ll have a question like

Now a typical course will have students go through the math symbolism mechanics to eventually arrive at \(Z \sim N(0,\sqrt{2})\), using the notation \(N(\mu,\sigma)\) rather than \(\sigma^{2}\). This is all good and well. But there’s often no visual follow up. Or even a sampling follow up.

Do me one favor, ask your students this simple but evil question.

I like this question for a lot of reasons. Here are a few main reasons (and there are lots of smaller reasons, too many to enumerate).

Ok, first it’s good to just take a look at what \(X\), \(Y\), and \(X-Y\) look like sampled (with a smoothed pdf overlaying them). (The histograms are normalized so they integrate to 1, rather than their height being their frequency.) 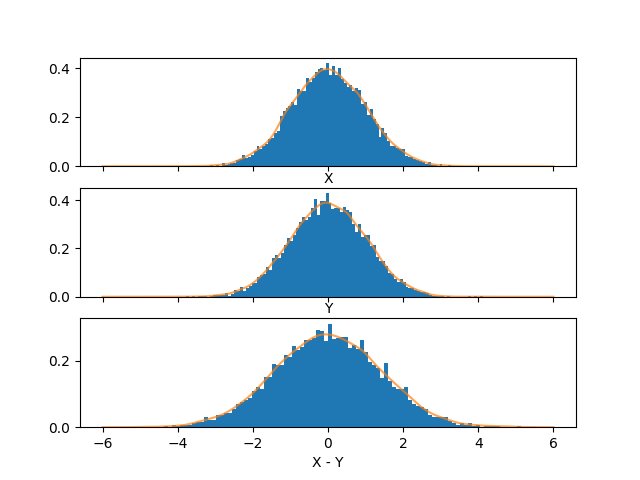 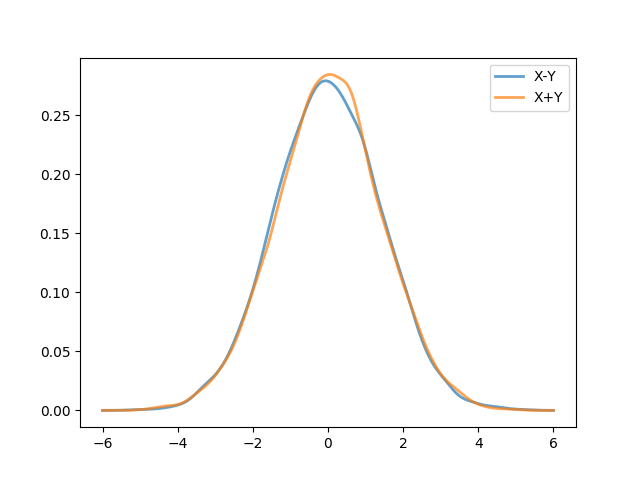